An Island In the Sea of Mystery

Ripples In Spacetime by Govert Schilling, 2017,

Observations are explained by theory. Theory makes predictions. Experiments check on predictions. If they are confirmed, confidence in the theory grows. If not, something is amiss. Tweak your theory or come up with a new one.

Signal recycling: using “squeezed light” an quantum optics trick in which the Heisenberg uncertainty principle is tweaked in our favor, WTF?

1845 Chrisophorus Buys Ballot hires train and musicians to hear Doppler effect. Is this a correction of my Doppler story with the train too loud???

1934 Prediction of neutron stars by Fritz Zwicky and Walter Baade

In less than a billion years, the Sun’s luminosity will have increased enough to boil away Earth’s oceans

Helium fusion is hotter, so the Sun will expand to become a bloated red supergiant

History of the Universe (12) 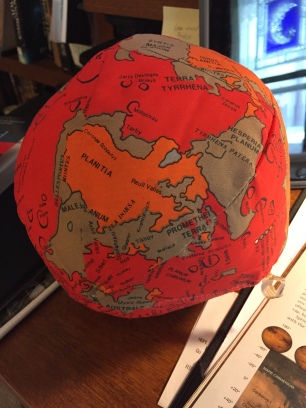 Elementary Particles  (13): the up quark, the down quark, and the electron

Tear a small piece of paper into shreds and let them drop onto the desk: Gravity! Now take a small plastic comb and rub it on hair or on a woolen sweater (or a balloon rubbed on my hair) and hold it a few cm above the snippets A balloon rubbed can be stronger than the gravity from a whole planet (25-6)

Our Sun is about 199 times the diameter of the Earth, 1,5 million Earth volumes

Why spherical? Try putting two handfuls of snowflakes as close to each other as possible =  Snowball! There’s no way to pack matter more efficiently than as a sphere. (83)

Hulse-Taylor binary pulsar orbital period of 7.75 hours, would have a gravitational wave frequency of 72 microhertz, wavelength of 4.2 billion kilometers

Life of a neutron star

What we perceive as gravity is really the effects of curved spacetime on the motion of other bodies.   Closer to BH, clocks will tick slower (15)

When two black holes spiral and merge into one, it rings down like a struck gong. (209)a

When a scientist is talking bout the mass of a black hole, that’s really a description of the amount of spacetime curvature (218)

With binary black holes we would see shorter orbital period. 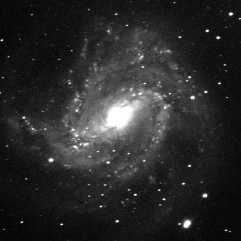 Redshift does not provide us with original distance. With the effect of expanding space redshift tells us how long the galaxy’s light has been traveling thru space. “The galaxy is so remote that its light, traveling through the expanding space, too 7 billion years to reach us.”

Long burst (up to a couple minutes) powerful supernovae (256)

Big misconception that at the time of the Big Band, the universe was a single point. If universe if infinite now (Schilling assumes that for the rest of the book) is was a fraction of infinite which is still infinity (160)

Another way to look at it was 13.8 billion years ago temperature and densities were extremely high everywhere.   (160-1)

Tiny amount of polarization imprinted on CMB 13.8 billion years ago It’s the “fingerprint” of the uneven distribution of matter in the early universe. (175)

“Inflation is the common denominator for a bunch of hypothetical scenarios, one of which might be true.” (175)

“Gravitational waves propagate at the speed of thought.” Arthur Stanley Eddington (circa 1918)

Schilling calls gravitational waves “Einstein waves” every now and then (65)

Here are some Models of Einstein Waves:

Two dimensional: sheet of graph paper:   The squares on the paper would stretch and compress so size of paper doesn’t change, by stretching and compression (65)

Three dimensional: Imagine 3-D graph paper with cubes grow longer and shorter perpendicular to the direction of the wave as the wave passes thru (66).

Similar to density ripples propagating thru Jello when tapped. (66)

Better analogy: a cement block hit with a sledgehammer: much stiffer than Jello (67)

Amplitude of a gravitational wave is a measure of its strength. Amplitude decreases with distance, inversely proportional and is unbelievably small. NOT the inverse square law (66)

What we learn from gravitational waves: (210)

“The only way a black hole merger can communicate with the rest of the universe is through gravitational waves.” (255)

Apparently, according to Schiller, Yogi Berra was quoting Niels Bohr who said Prediction is difficult, especially if it’s about the future. (295)

Today’s astronomy s like a deaf person on the jungle. Sees stuff. Then imagine hearing returns sounds provide more info about the stuff she sees, but also gives us clues about stuff not seen! (298)

IceCube Laboratory in Antarctica is described on pages 269-70. In 2011 I met Dr. Francis Hazelton of IceCube.

John Mather and COBE are mentioned on page 172 I met and interviewed Dr.

Gabriella Gonzales, LIGO spokesperson, autographed page 190 of my copy of this book. I met Dr. Gonzales in 2018. 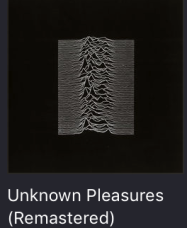 ocelyn Bell and her pulsars are included on p. 229. Jocelyn Bell-Burnell came to visit Cline Observatory in 2014.

I listened to a bit of each track on “Unknown Pleasures” by the band Joy Division, and can say it’s not for me.

“In the manner of Friends” is a common practice around the Observatory, and it leads me to interesting insights. In conversation with Tom English, the Director of Cline Observatory, I learned that he keep a notebook of concepts, models, analogies, and practices he learns from his reading. So do I!

Maybe you do too. If so, here is not so much a book report, or book review, but the thinks I learned, the ideas I collected, reading this book. I’ve imposed a structure that works for me. Always research and confirm ideas that are questionable or the methodology. In other words, don’t just take my word for it.